In line with a previous post summarising disabled people’s votes in the 2016 EU Referendum and the 2017 General Election, I have created, using the just released British Election Study wave 19 data.

I’m hoping to dig into this dataset more in the coming weeks (along with everyone else interested in UK politics), and produce some more consistent comparisons with previous elections but in the meantime, here’s my quick and dirty, written from a Parisian cafe analysis of how disabled people voted in the 2019 general election.

This plot summarises those effects: 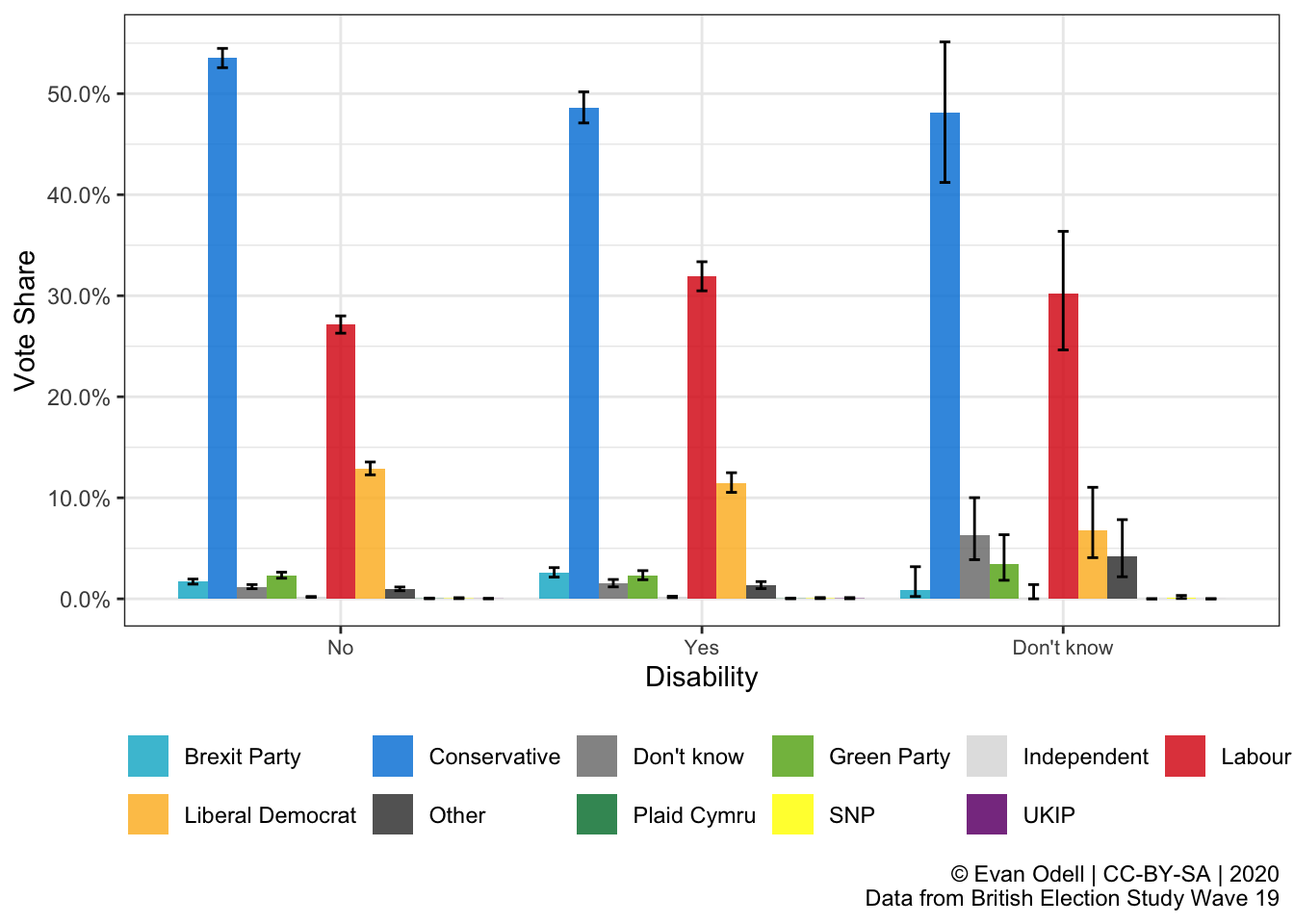 I’ve also created a second plot with a transformed scale to better show the voting trends for smaller and regional parties. 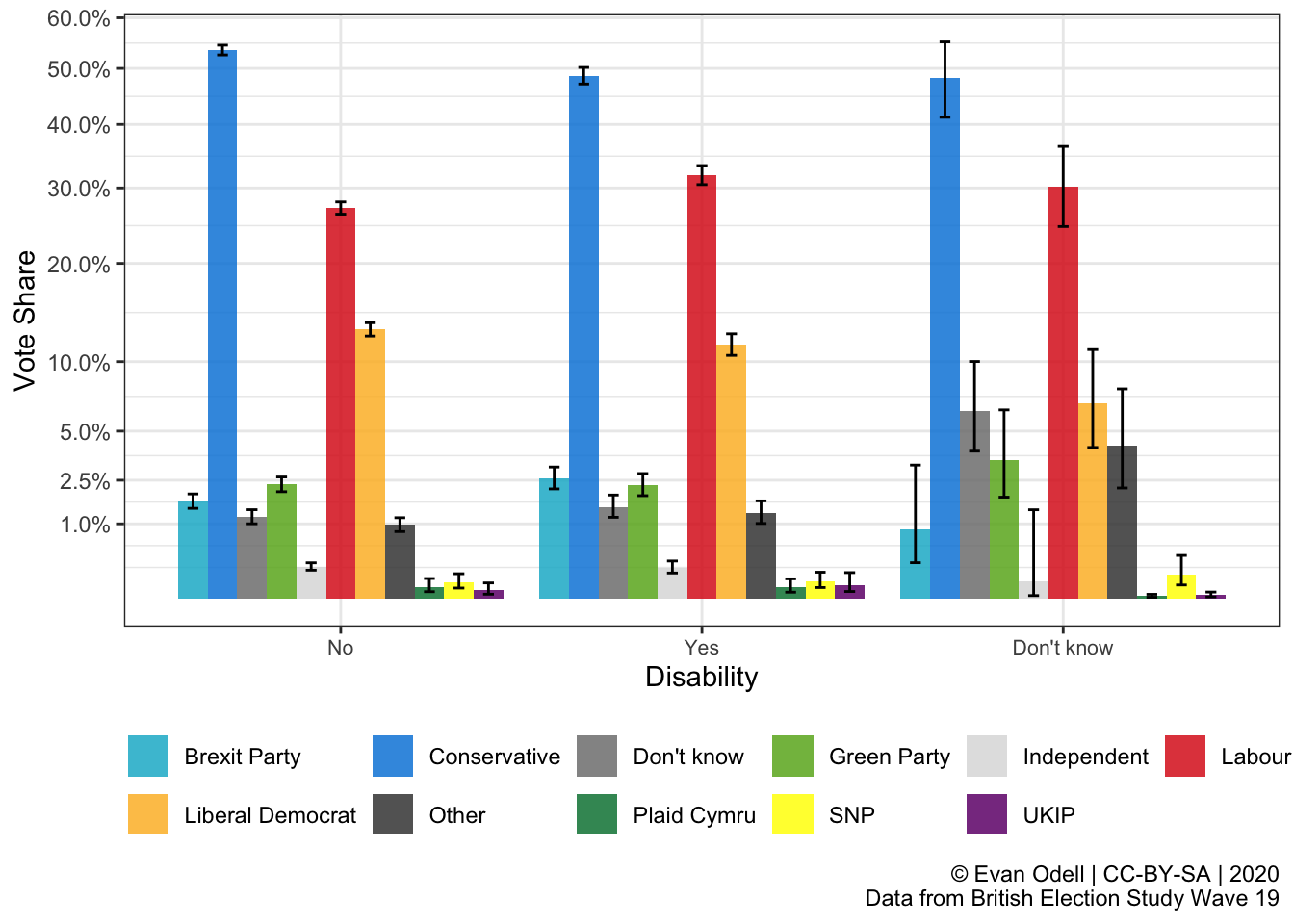 Going forward I’m hoping to take a look at disabled people’s values and ideological positioning, as well as apply this method to previous general elections.

My code is, as always, available on GitHub.